I’ve been to India quite a few times and traveled extensively through the country twice now. Once in 2015 and once in 2022. The caveat is that any of my experiences here are situational as I was an Indian person who was traveling in India though I had white people traveling (Amber and Michael for 2015 and my wife Mel in 2022) with me for both times.

Peak travel time in India is between November to February. That’s when monsoon season is most certainly over and you won’t have to deal with torrential rains throughout the country. It’s also wedding season in India so you might encounter a lot of business at hotels or places near wedding venues.

India is a very very big country with a long rich history. Prepare for completely different experiences and types of people as you travel throughout the country. But here’s the quick summary of India.

Northern India states are the states like Rajasthan, Delhi and many of north states at the foothills of the Himalayas. These states are primarily Hindu, they speak Hindi. Personally I think it’s the least friendly/safe part of India as the language barrier is hard and people kind of suck more here than in other parts of the country.

Kerala and other states have a tendency to speak more English than Hindi. Outside of that I don’t know as much about the region

The Indian currency is rupees and it’s pretty easy to get cash but prepare to have a hell of a time paying for things outside of that. In 2015 it was fairly easy to use a card in places with a high bill like hotels but over the past few years India transitioned to a instantaneous bank transfer system called UPI. UPI is a bank to bank payment. You’ll see support for it through various payment providers like PayTM, Amazon Pay and Google Pay. They are just wrappers around UPI though and none of them can keep your own balance.

I even got an Airtel sim and tried to open a wallet that way but that also require UPI.

So unfortunately prepare to be out of luck to pay for high cost items like tours, you might want to ask and make it clear you don’t have an account.

The other fun thing is that almost all credit card payments require something called 3D Secure. For some cards, this does not require any additional steps but some like my Venture X required a text to be sent to my original phone number. I was using an Indian SIM so I could never use my card for online transactions though the card worked locally sometimes. The best way would be to have your own personal account from home to become an ESIM so you can use your own phone number a physical sim.

Another alternative is use Apple Pay which sometimes worked when my card didn’t work.

Indian food is delicious but prepare to follow a few guidelines. Always make sure to source your water and see how things are setup for any street food you eat. For restaurants, high turnover and veg only restaurants are generally safer than non-veg restaurants.

If you’re feeling lazy, I found that the food delivery apps are pretty useful. I was able to set up Swiggy and Zomato with simple ease for those times when we were staying in places that weren’t near restaurants. The benefits of installing those apps also gives you an idea of what some of the good/bad restaurants are in an area though Google maps is also extensively used in India.

Airplanes are the easiest way to cross large parts of the country but prepare for a series of different rules as you go from state to state.

Example: In Mumbai Airport they required me to take off my shoes through security for a domestic flight but not an international flight. Another example is that Guwahati Airport required us to get our bags scanned separately and then do bag drop.

So some simple rules for airports:

Another fun thing is that I found out that I couldn’t use my credit card for buying flights directly for some carriers like IndiGo. So I had to go through portals like Expedia or your other reward portals.

Trains are a pretty nice way to get around India. Lots of places are easily connected by trains more than flights especially when traveling inter-region in places like Rajasthan.

Buying your ticket directly through IRCTC (the website portal) is a pain in the fucking ass. In 2015 they didn’t accept credit card and required local Indian phone numbers if you want to buy things. In 2022, I didn’t even try to handle that. I would recommend using an travel agent provider like 12go which can buy the ticket for you. It will cost a bit more as there are some additional fees but trains sell out so it’s best to get your seats in advance.

You can also buy bus tickets for some more remote places. The downside is that again you might want to go to another provider like 12go because of how to pay for these bus rides.

Uber and Ola are the two major ride share apps in the country. But prepare to pay for a super premium for their use. If you look at what you would get charged on Uber and what you would get charged for a local taxi provider (even the “tourist” price) it’s usually worse on Uber. But the benefit is that Uber and Ola will be able to direct a driver directly to the location through maps which is so much easier to explain than addresses.

If you don’t have Uber/Ola available to you, I would aim to give addresses by giving cross streets or major landmarks like you would usually. A common example is: CBM School cross Sewa Samti (a landmark & the street it’s on).

Mumbai is my home base. For the most part my experience there is visiting family and you can get some delicious snacks and maharastran treats. But outside of that I don’t really know what to say about it from a tourism perspective.

Some food snacks you should find:

We visited the three major cities of Rajasthan in 2015: Udaipur, Jodhpur and Jaipur.

Johdpur is my favorite considered the blue city. The fort in the area has a zipline course and we really enjoyed traveling on camels and doing a little day experience.

Jaipur I thought had the best food but I was sick for most of it so I can’t speak much of the day. It’s the biggest city in Rajasthan, almost double the size of Jodhpur so if you need something big I would say there is your best spot.

Udaipur is the a cool city and it’s primarily highlight is the two giant lakes in the area. It’s very pretty.

Delhi sucks, it’s your gateway to Agra and that’s about it. 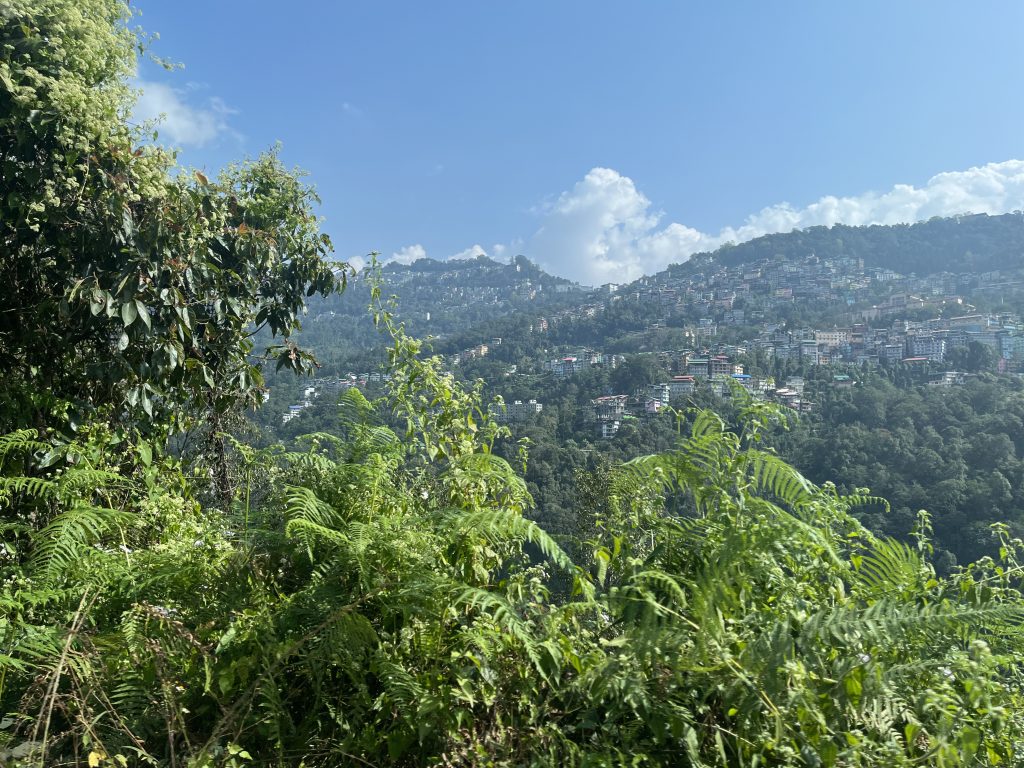 Sikkim is one of those states in India that’s different than all the others. It was a former Kingdom that agreed to join India in the 1960s. It requires a special permit called the Inner Line Permit that you’ll need to report to an office on your way in and out of the area. We had a really shitty tour here and honestly the entire area is full of quarries so it’s kind of pretty but at the same time kind of not? We stayed near Gangtok and honestly it wasn’t worth the effort of getting there. I heard West Sikkim is nicer and more quiet and chill but Gangtok just kind of sucked. 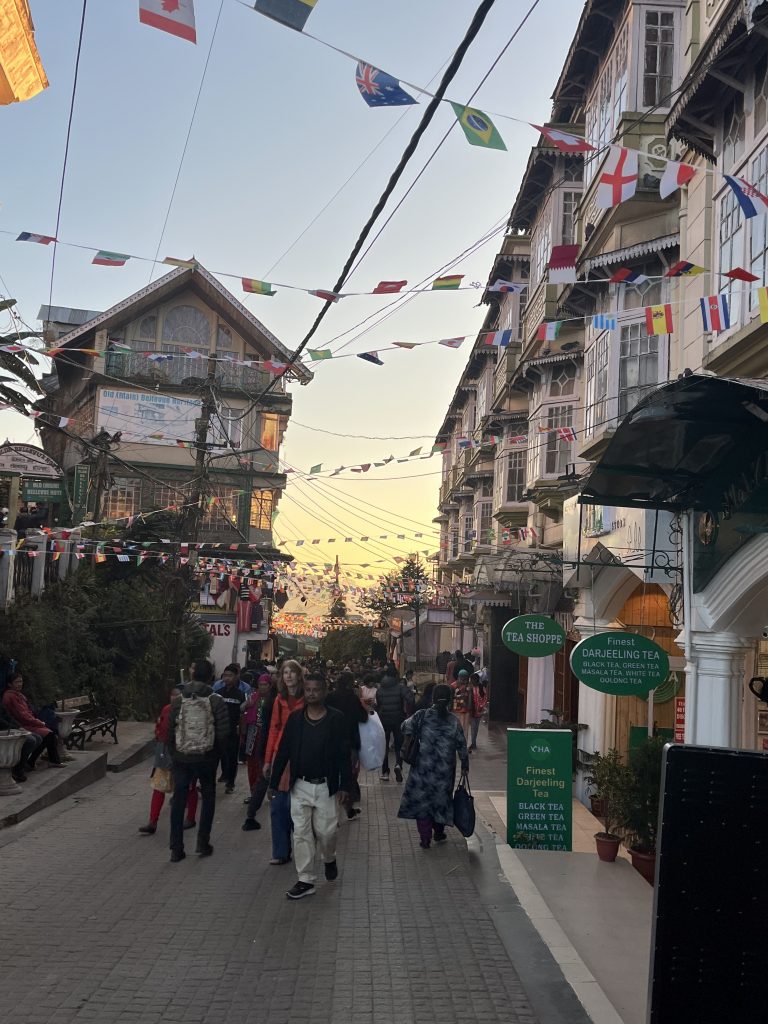 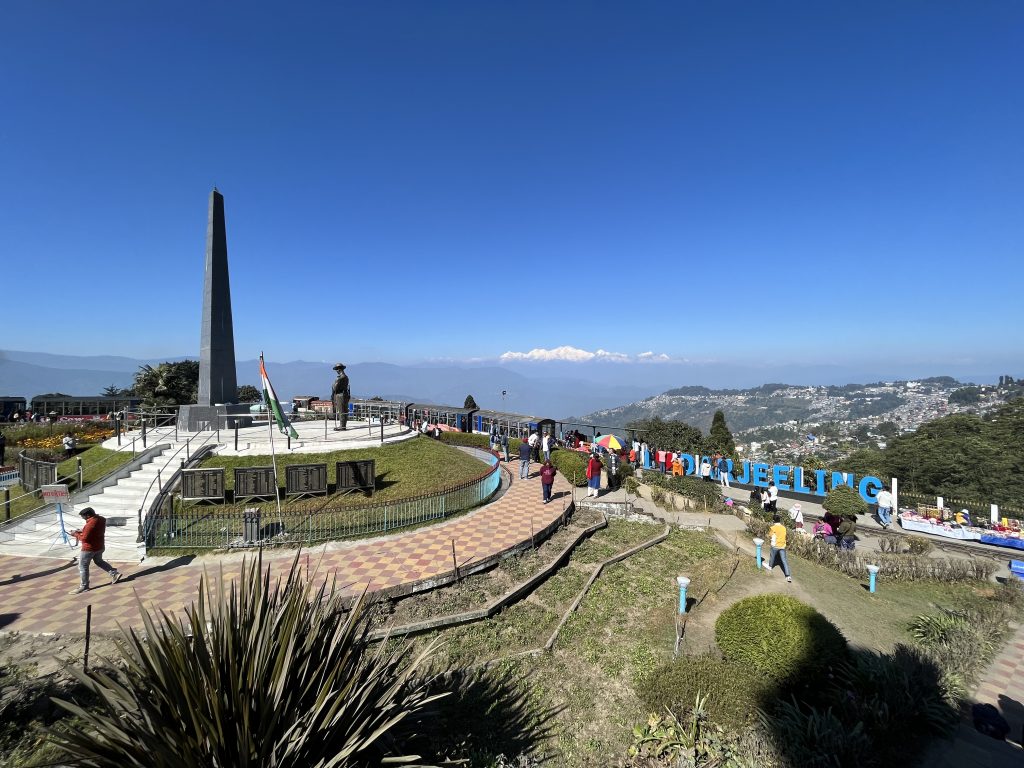 Now if you want the pride of West Bengal here it is. Darjeeling is a beautiful hillside city with an amazing view of the some of the tallest peaks of the Himalayas. The food is delicious, getting around isn’t too bad and it has some cool unique things like it’s huge tea plantations.

I would skip the “toy train” though. It was a kind of worthless place. If you don’t mind spending some $$$ I would recommend staying at Anturi Hill Resort. It’s a pain to get to but it had the best view in the morning.

This is one of my favorite parts of India. Shillong is the major city in the area and it’s easy to get there and the city is full of delicious food. The place itself is kind of pretty and it’s easy to get to Cherrapunji/Sohra. In the area the locals build bridges by making two trees grow together and combine together. It’s amazing and I highly recommend it. Prepare to do a lot of mini-buses.

It’s also one of the few places in India where I saw mostly female shopkeepers rather than male shopkeeps.

Nagaland is a SUPER different place and it’s probably the most garrisoned part of India I’ve been to. It’s kind of pretty but honestly the tourism industry there is so fresh that it’s kind of hard to get anywhere. I would only go with a guide if you wanted to go or on a trip.

We stayed at Kolkata for a long time because Mel was super sick and we had to stay there and we stayed at the Hyatt. When we came in, the tour guide at the Hyatt was like. Oh you’re staying here for 6 days? Maybe you wanna visit Darjeeling? I think that tells you all about Kolkata. It’s a pit stop kind of place. I liked the food and we found some delicious Bengali food but honestly I wouldn’t stay more than a day or two at most. We went there because it was the easiest way to bridge our traveling from the northeast to Goa. 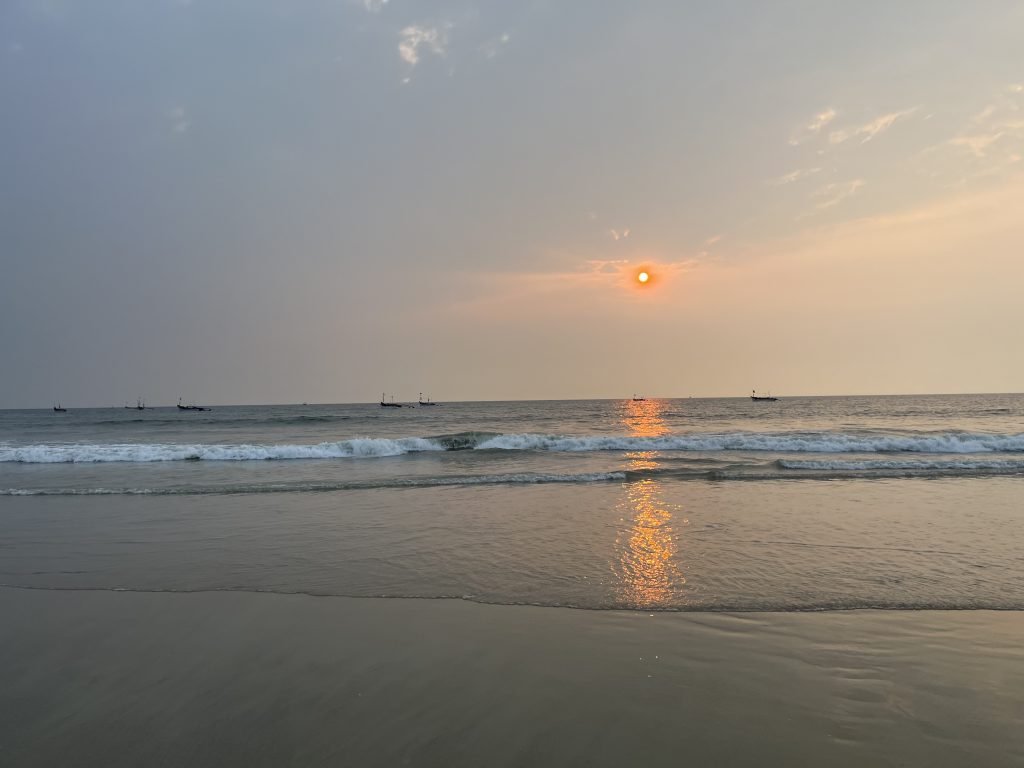 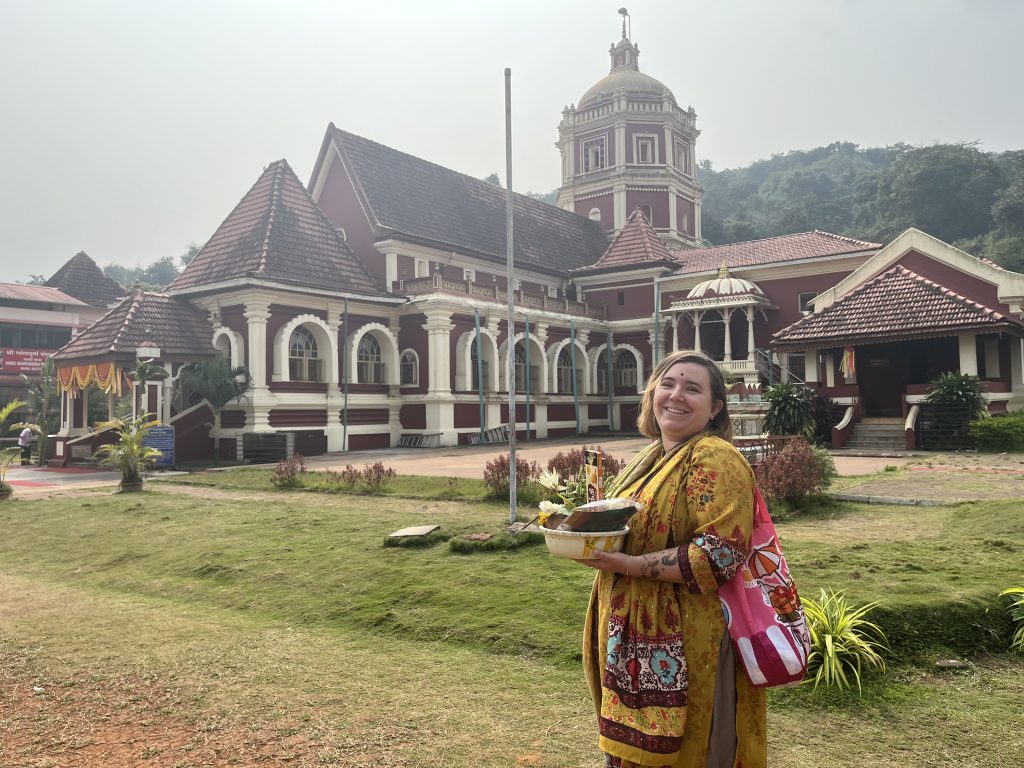 Goa is a vacation paradise. There’s lots of cool pretty coast line and beaches with huts that you can drink and eat at directly on the beach. It’s a pretty place. The temples in the foothills are gorgeous. The only downside is that there is no Uber/Ola and it’s hard to call a taxi out so I highly recommend learning to ride or rent a scooter to get around Goa.