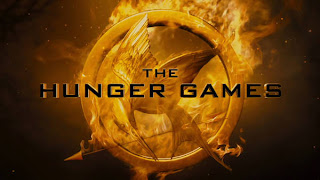 I figured I would read the Hunger Games since it seems like a quick read and would be a bit more action packed and simple against the slower pace books I’m reading.

First of all, I actually did like the series. I wouldn’t re-read them again but I did enjoy the books. I even had a few times where after I stopped reading I wanted to find out what happened next and was anticipating reading more.

The books are entertaining, the story is compelling and I do like all the characters. They all have their own emotional depth and reasons for doing the things they do, some are one-dimensional but most are interesting or at the very least if one dimensional have an interesting quirk or charm to them. Katness is probably the least entertaining as she is the narrator and spends most of her time whining, but I would expect that from a teenage girl.

The world is a bit weak and the explanation and back story of the world is dropped in favor of the current story. I would be curious about the history of Panam and it’s origins and why the Districts exist, the entire structure of 13 districts around a capital feels a bit strange, almost feudal. Which might be what the author was going for but didn’t really seem right to me at any point. The open areas of the districts seem different too, I might expect sectionalism from something like Midgard that needs to be constantly contained but I never get a reason for why people don’t expand beyond the 12 districts? Or why they don’t try to farm more land outside the area, is it irradiated? They have hover craft and somehow can get fuel to power cities.

The story is realistic, far more than any other story aimed at teenagers that I have read, while some things go beyond belief. While Katiness does advance the story and help start the rebellion, she doesn’t do it through some super human charm or ability, she’s is just a normal girl who was lucky enough to be hunting most of her life. That’s all, her abilities are tied from that and having a lot of good people around her. This is pretty different from most narratives that involve teenagers where the teenager is somehow special, or gifted, or something amazing (Harry Potter, pretty much any anime, etc.).  I mean she’s not totally normal, but I always worried that they were gonna link her dad to something really crazy and conspiratorial or something, but nope her dad was just a good guy who died in the mines.

The major thing that made the series slow and dull at times was the romance. The freaking love triangle was annoying. Especially since it was a bunch of teenagers in a weird situation and while I understand that appeal was necessary for the book, it was done terribly in the books. At least in Harry Potter it’s a side story, but here its central stage and that bothered me to no end. I was glad when she said Gale was just a friend in the beginning but nope, GAH.

Another issue that I found was that you could probably remove large parts of the book while retaining the story, the events of Book 2 were ignorable and I feel that they were added for fodder and increased storyline vs having some grander purpose and clear intent. Especially the second half of the 2nd book were just, freaking end it already. OH MAN OYSTERS? OH SHITS.

The third book feels a bit pieced together and the conclusions about what happened to the world isn’t there, but this book was about the story and the characters, not the world, so it was expected. The epilogue does cover Katniss and the main characters.

Overall, if you want a story involving interesting and charming characters with interesting and somewhat more realistic story, then the Hunger Games are a real quick read for your effort, but if you want an interesting world then I would stay away. World building isn’t the author’s strong suit. I walked into this book not expecting to be amazed.

Opinions involving Spoilers
*Spoilers*
After they start the rebellion and even during the Hunger Games, Katniss role in the war is great. She’s always seen as a figurehead a symbol of the resistance but not told to fight, once she does fight she does ok but is grievously injured both times and is lucky to survive. Even during the final raid into the capital her actions are selfish and in the end don’t amount too much. Maybe it  provides a diversion away from the rebel attack but for the most part she mainly just loses her fellow soldiers and doesn’t accomplish her end purpose. I loved that part of the story, she tries so hard but in the end she’s just a seventeen year old girl in a large war, the soldiers and attacks end up doing most of the work. The fact that she is taken seriously at all comes from a necessity of using her and some appeal that she has to the people around her.

The death, the destruction, the fact that sometimes even the mayor’s daughter doesn’t get the privilege of leaving District 12 before it’s bombed is all great, tons of people die which is what to be expected in war and her fellow soldiers. I never felt anything happened where it’s a roll your eyes moment that I usually get in other novels aimed toward middle-school kids, the coincidental and serendipity of things lining up just perfectly.

I felt the touch of Gale having created the weapon that killed her sister though was… a bit reaching. While understandable and helps give away the romance part of Gale’s appeal because he is permanently tarnished, that’s about it.