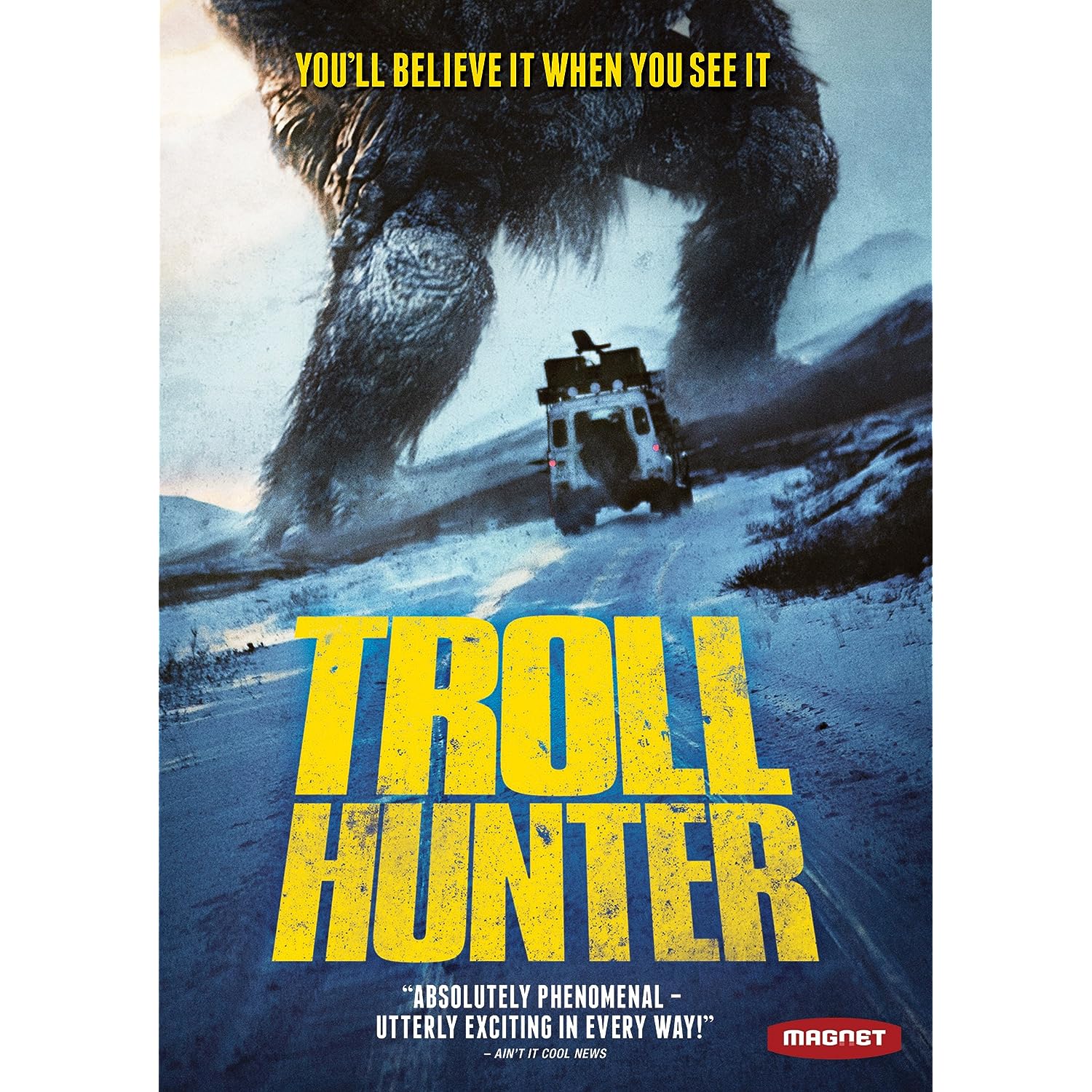 Rating: 3/5 Stars
If you got nothing better to do, watch it.

Troll Hunter is a mock shaky cam movie about Trolls in Norway. In Nordic Culture, Trolls are similar to Trolls in Lord of the Rings, big giant creatures who eat people but are susceptible to sunlight where they will turn to stone or explode. More akin to wild beasts though without any communication in human speech. The other part of Troll mythology in Nordic Culture though is that Trolls eat Christians, I’m not sure the rational or biological explanation for this and the movie never covers it, just takes it for granted as true. The movie covers a few kids who follow Hans the Troll Hunter as he talks about his experiences and takes down trolls with them (he seems to be a bit annoyed that he doesn’t get overtime pay, so he’s willing to divulge state secrets).

The movie itself is worth a watch if you have nothing else to do since it is fun to watch and while there are lots of scenes of nature and moving around (and at one point the camera is at an angle that’s impossible from the filmmaker perspective) that could have been cut out of the movie.

The characters don’t have much personality except for Hans, the Troll Hunter himself, but they are true to their form and never do anything too unnatural or outside of reasonable action, which is something I always hate about movies like this, because somebody always does some dumb shit move.

The CG and action scenes are not too bad, it’s a shaky cam so lots of oh the camera fell! Oh nightvision! Oh god everyone is running and not paying attention. If you dislike that type of action, you will not like this movie I expect.